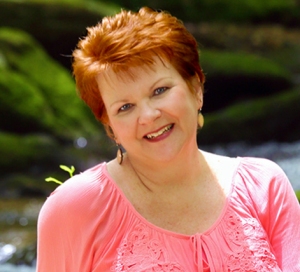 Mesu Andrews (pronounced mee-sue) is well known for her fiction based on biblical figures. Her novel Miriam was a Christy Award finalist and her newest novel, Isaiah’s Daughter, will be released in February. This accomplished writer talks about her fiction and her writing life.

Q: What do your readers say they like about your biblical fiction?

A: From what I’m hearing from my readers, they enjoy the fact that the characters they read about in Scripture become real people to them. When I put clothes on them, give them brown eyes, have them stub their toe, all of a sudden they have flesh and blood and a heartbeat.

My goal is to put readers in the story so they can smell and taste it, and the people are real to them. These people were real; we’re reading history, not a story book.

Q: How do you get yourself into the chair in order to write consistently?

A: I don’t have an issue with starting to write or keeping my nose to the grindstone. My issue is stopping. I tend to be a workaholic. When I have trouble thinking of the word “the,” it’s time to stop.

Q: How do you connect with your readers?

A: In the past I haven’t done a lot of release events. I do online things like Facebook parties because I tend to be a homebody. This year the North Carolina ACFW (American Christian Fiction Writers) is a new chapter, so the weekend before the release of Isaiah’s Daughter I’m doing a one-day workshop in Raleigh.

Q: How do you do your research?

A: I have a significant library thanks to my husband being a pastor and college professor, and I’ve been doing this a few years so every time I write I buy a few books. We recently moved to Boone, North Carolina, home of Appalachian State University, and I’ve found a lot of resources there on the Babylonian and Assyrian cultures. Children’s books also have been a great source, often full of pictures of houses and dress and other things.

The Encyclopedia Judaica is one of my favorites. Rabbinical texts have a lot of information on Jewish traditions, and there is so much legend in Jewish literature. I also have copies of the works of Josephus and Herodotus. Before I began writing books, in 2000 I visited Israel. I remember that trip like it was yesterday.

Q: What kind of criticisms and roadblocks have you faced, and how do you deal with them?

A: I went to my first writers conference in 2001 and I wanted to write one book: a Bible study on the Song of Solomon. Someone looked at me and said, “Wow, you really need to stick with speaking.” I kept writing anyway.

I had been speaking as a Bible teacher at women’s events and as a pastor’s wife. I was teaching 4-5 times a week, and traveling once or twice a month to retreats. But my body decided it was done with that. I got a virus in 1997, then in 2004 my body gave out again and I was in bed for six months.

Since 2005 I’ve had a daily migraine. I stay home, am quiet, and don’t do much. But the Lord has given me an incredible gift to be able to write. I teach with my writing. I absolutely love it.

Q: Tell us about your new book and your next project.

A: Isaiah’s Daughter (Feb. 2018) is the story of Hephzibah, the wife of King Hezekiah who was one of Judah’s best kings. Hephizabah means “the Lord’s delight.” I’ve always been fascinated by her, who was married to one of the most righteous kings in Judah and who mothered the most evil king in Judah. I love to think about her faith journey.

The next book is tentatively titled Of Fire and Lions and is about Daniel and his wife and is due out in February 2019. After that I want to write another book about Hephzibah and the second half of her faith journey, that of raising Manassah and up to her death. 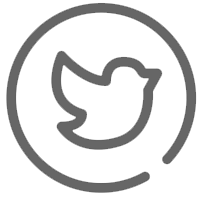 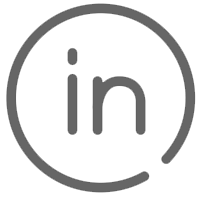